‘So where do you park? Can you just park up anywhere?’

This is a question we get asked almost weekly, and today I want to share what we have found to be the easiest and least stressful places to free park your (not so ‘off-road’) Tiny Home on Wheels.

I want to point out that this is for more densely populated areas, like the Australian east coast and around the cities. Once you get away from where the majority of the people are, you can usually stop pretty much anywhere.

This fabulous post may contain affiliate links for which we receive a small commission at no extra cost to you, should you decide to purchase anything. This helps keep food in our bellies and diesel in the tank. I only recommend products or services that we totally dig ourselves. Thanks for your support!

Of course, it would be awesome to wake up on a secluded beach or by a gushing waterfall every single day, and believe me, we have stayed in some INCREDIBLE places! The brutal truth though is that these places are often:

-full of other people
-difficult to access in a 2wd vehicle with low ground clearance, or,
-plastered with ‘no camping’ signs, courtesy of the local council, caravan park or both.

With much frustration, we have discovered that it’s often so much easier to enjoy these spots by day, and find somewhere a little more.. boring.. to spend the night.

An old boy whom we crossed paths with right at the beginning of our #adVANture told us this, but we didn’t want to believe him. What about Pinterest, damnit! Those pictures always have tiny homes parked in the most incredible locations. They woke up there, didn’t they?

We have a toddler and also like our privacy, so finding somewhere quiet is pretty important to us. Our home is a 40ft school bus with a ground clearance of about 30cm so it’s  essential that wherever we park is flat-ish. She’s definitely not built for offroad, and with a 10+tonne booty, getting bogged is a real concern. (Touch wood… yikes I don’t even want to say it!) But so far we’ve been lucky.

The trouble with the majority of quiet, flat, not boggy places is that they are usually covered in ‘no camping’ signs. Failing that, many are considered private property and patrolled by security at night. If you are parked on or adjacent to a property that pays someone to patrol it, you can be moved on and refusal could result in police getting involved. Not how you want to spend your night.

This happened to us in Townsville, north QLD. We rolled into town fairly late with a tired 2-year-old, and found a quiet corner in an industrial estate as an easy last minute option. There were two large pieces of land, slightly overgrown with old deteriorated concrete pads on them, and a dead end concrete road in between. It was at the end of a street and looked like nothing had been happening there for years. We parked on the side of the concrete road and called it a night.

At 10pm, a rough but nice-enough security guard came knocking and shining her light in everywhere. We were awake but in bed. I quickly went to the door in an attempt to keep baby from being woken up. Long story short, she made us move because we were on private property and she was being paid to make sure nobody trespassed on that land.

She was sympathetic when I mentioned our sleeping baby, and said that if we moved 50m up the road then technically we would no longer be on this property and she wouldn’t harass us. Regardless, we had to wake baby, get air in the tanks and move 50m up the road.

The security guard was only doing her job and I have no complaints there. The whole situation could have been avoided though, had we been a bit more aware (awake) when we rolled into town, tired, hangry and in need of a hot shower.

These are the places we’ve found ourselves parked at most often, since hitting the road full time over a year ago.

The place where local councils store road base for future use in roadworks. Often found just a little way off the road, these usually have a good solid surface and are relatively level. Sometimes you will find one away from the road. These are great because they’re private and quiet. It’s uncommon to wake up to council trucks loading gravel but its good practice to park as far as possible from any piles just in case.

Usually easy access, usually no ‘Thou shalt not camp here’ signs and often there is potable (drinkable) water. Bonus! They can be boggy and sometimes noisy. Sunday & Monday nights tend to be the quietest. We have occasionally found free power at sports grounds also, double bonus!

As with most places, it’s a good idea to park along the fringes so as not to take up the whole carpark. You might be met at 5am by an infuriated Nancy, wanting to set up for sunrise bootcamp but her clients have nowhere to park.

Not so common but gold when you find them. No-longer-used quarries are mostly large, flat, easy access (trucks), quiet and clean. They can get boggy though so be aware of the type of ground you are on and if there is any rain on the way.

Love them or hate them, they are a great emergency stop. Usually large, flat and not boggy. There is access to fuel, (terrible) food, water, public toilets, sometimes hot showers and occasionally public washing machines. They are however, incredibly noisy. If you don’t mind the sound of 1000 horses rumbling past your head 472 times in a night, you’re good to go! I’m a light sleeper but it really doesn’t bother me. I guess that comes with growing up on the road. My poor Jack however loathes roadhouses and would rather sleep beside a railway station. (Wierdo.)

Do this at your own risk as most are patrolled by security. We have successfully stayed in some with no dramas but it really depends on the area. I am told that Walmart and church carparks are good options in the US.

As above, you may be moved on by security however these can be surprisingly quiet at night. Be prepared for lots of noise early in the morning.

Risky, unless you are actually staying out front of the home of someone you know. People (understandably) get freaked out when an unknown vehicle parks out front of their house and may even call police due to ‘suspicious activity’. Sometimes though there may be a vacant block you can park beside.

Probably the quickest way to be labelled a paedophile by local residents is to park for hours by a playground. Some towns however, combine a bbq area and picnic benches, parks and gardens for use by anyone. Use common sense with this one and if it feels creepy, move along. You can often find water in public parks, just make sure it’s not reclaimed water. (The council must place a sign by any reclaimed water source.)

Downsizing? Overwhelmed with where to begin? We got your back. Be sure to keep an eye out for the new e-book coming soon:

‘How to downsize into a tiny home on wheels in two weeks with ZERO stress.’

On some rare and beautiful nights, when the stars are aligned and your head is tilted at just the right angle (you just did that, didn’t you?) you will stumble across a divine spectacle of nature. There’s not another soul to be seen. It has a level surface and not even the whiff of a shitty ‘no camping’ sign. there is no rubbish, no street lights, no yapping dogs. The only sound is the crashing of waves, a trickling stream or a rushing waterfall.

Treasure these moments my friends. This is what we all signed up for. This is the reason we love travelling full time. So soak in the beauty of unadulterated nature and appreciate these precious moments for all the soul healing energy they are worth.

We hope you found these ideas for where to free park your (not so ‘off-road’) Tiny Home on Wheels useful. Do you have any other suggestions that we missed? Share ’em below!

Until next time, happy travels! 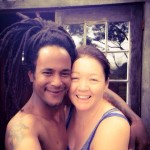 Mum, Wife, Adventurer! Life is meant to be enjoyed not endured. Enjoy a minimalist lifestyle in a tiny home on wheels and actually look forward to your days, doing the things you love. Join us as we explore creative work ideas, advice on how to downsize, the joys of simple living in a tiny home on wheels and how to tread gently on the earth while doing so. Learn HOW to abandon a mundane existence, downsize and simplify your life! “Whether you think you can or you think you can't, either way you are right.” ― Henry Ford

This site uses Akismet to reduce spam. Learn how your comment data is processed.